Topics of interests include

Reviews which include the comparative view, Original research papers as well as short communications and letters on new developments and applications are welcome and are to be written in Standard English. Formatting of the manuscript with headings and Sub headings is necessary and views are to be presented clearly. New approaches are mainly in interest.

To cover the costs of publication, an Article Processing Charge is essential and the charge levied for each article of any type upon acceptance is $540 USD.

The importance and need for this special issue:

Welcomes submissions to the thematic concept on 'Pharmacogenomics in Cardio-Oncology: Accomplishment and Pitfalls'.

The cardiotoxicity of certain chemotherapeutic agents is now well-established and has led to the development of the field of cardio-oncology, increased cardiac screening of cancer patients, and limitation of patients' maximum cumulative chemotherapeutic dose. Despite the substantial improvement in cancer care, which has resulted in the increase in 5-year survival rate from 35% in the early 1950s to 70% in 2006–2012, the extensive use of chemotherapeutic agents is concordant with a higher incidence of adverse drug events. ADEs are one of the leading causes of death worldwide. According to the US Food and Drug Administration (FDA) adverse drug events reporting system (FAERS), about 1 million serious (including death) ADEs were reported in 2014 in the USA alone (fda.gov). Cardiotoxicity is a common ADE for multiple anti-cancer agents, constituting a significant clinical and economic burden, resulting in the establishment of the field of cardio-oncology to elucidate this phenomenon.

The effect of chemotherapeutic regimes on the heart largely involves cardiomyocyte death, leading to cardiomyopathy and heart failure, or the induction of arrhythmias. Of these cardiotoxic drugs, those resulting in clinical cardiotoxicity can range from8 to 26% for doxorubicin, 7–28% for trastuzumab, or 5–30% for paclitaxel. For tyrosine kinase inhibitors, QT prolongation and arrhythmia, ischemia and hypertension have been reported in 2–35% of patients. Furthermore, newly introduced chemotherapeutic agents are commonly used as part of changed combinational regimens with significantly increased incidence of cardiotoxicity. It is widely believed that the mechanism of action of these drugs is often independent of their cardiotoxicity, and the basis for why these drugs specifically affect the heart has yet to be established.

Submission Instructions: All submissions will undergo peer review and accepted articles will be published in the International Journal of Personalized Medicine.

COLLAGE 360: A Model of Person-Centered Care To Promote Health Among Older Adults

High blood pressure, also called hypertension, means there is too much pressure in your blood vessels. This can damage y...

Palliative care is specialized medical care for people with serious illness. It focuses on providing relief from symptom...

Fetal surgery is a highly complex surgical intervention to repair birth defects in the womb that requires the most exper...

Shots may hurt a little, but the diseases they can prevent are a lot worse. Some are even life-threatening. Immunization... 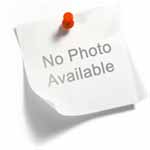 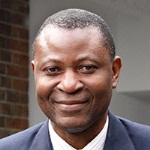